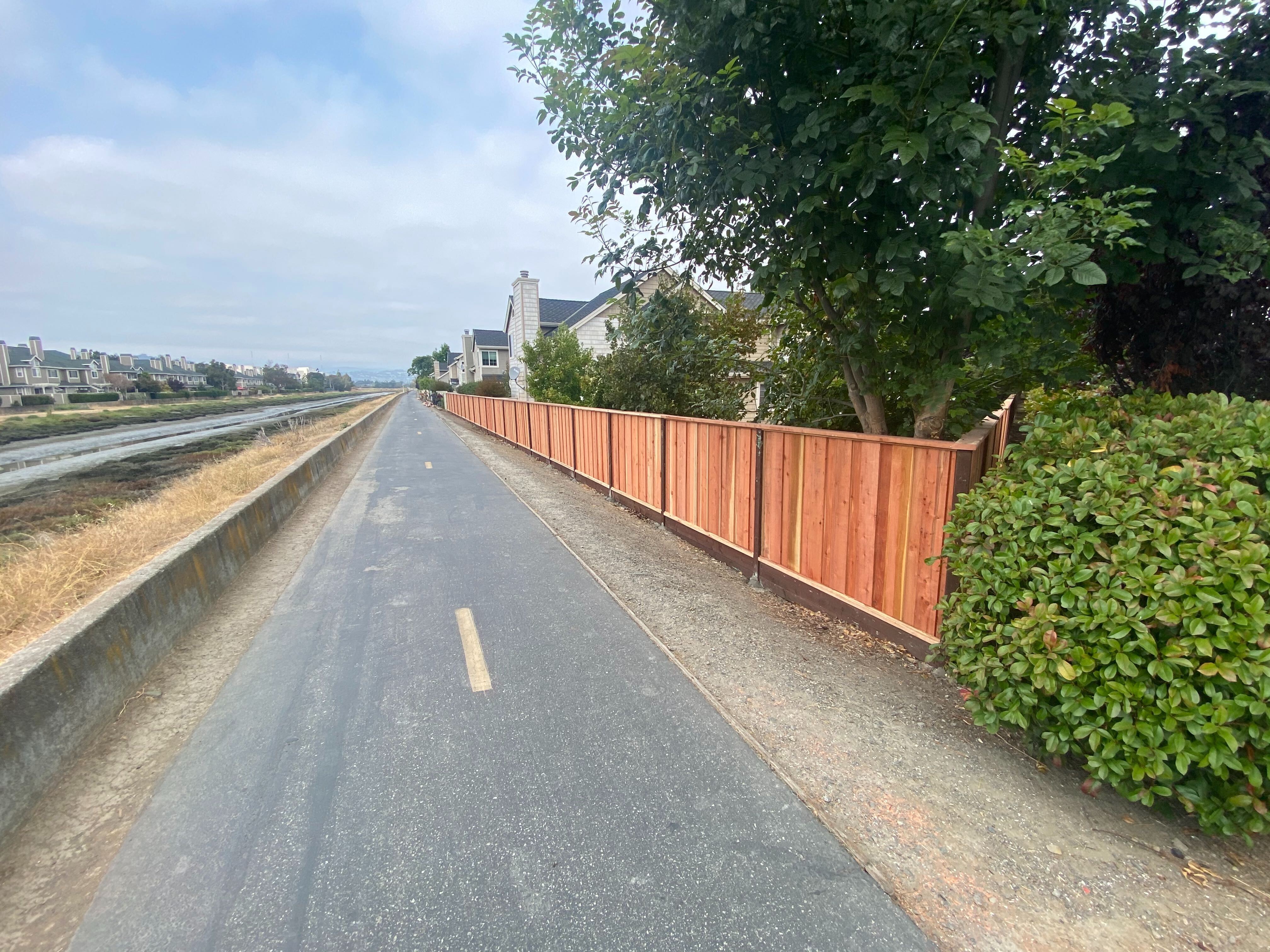 This summer, Ergeon embarked on our largest commercial construction project to date on the William's Landing Homeowners Association in Foster City.

We undertook this fence and hardscape contract from the permitting, to the design, to the final installation using our top-notch service and skilled local labor to complete this demanding project. Here's what we learned:

The William’s Landing HOA wanted a company who could provide end to end service for their multi-phase, fences, gates and hardscape projects. We took over the planning- providing renderings to the HOA, applying for the city permit, and offering video conferencing and satellite imaging to determine the logistics of the project. Since the project was so large, we also handled adjacent associated tasks like coordinating temporary fencing, waste management for materials during demolition, and more.

The existing fences built in a particular style were not in good condition, so the objective was for us to provide a full replacement while maintaining the style integrity of the surrounding neighborhood.

The first phase of the project involved replacing 3 different sides of fencing around the North, East and South perimeters of the neighborhood. The East and South perimeters were built in a picture frame style. Our replacement included 657’ 6’ Picture Frame fencing. The style is board on board, with flat top and 1"x8" Redwood Con Common pickets, 4"x4" PT brown stained posts with zero reveal 8'' PT brown stained kick board, 1 Redwood Con Common 2"x4" rail and a 2"x6" cap rail. While building a fence using Redwood is common for us, the fence was built in a custom style to fit the desired look of the HOA.

The next phase involves the HOA’s internal fences. Part of this will include changing the fences and gates for each street within the neighborhood, a task made more complicated by the fact that the interior fencing ownership is split between the HOA and the residents. The execution on this phase was a bit more complex- but thanks to our telepresence model, we were able to use satellite imagery to view the smaller sections of street and develop design plans for that fencing. Our team was also able to survey the property via a video call with an HOA representative, which helped ensure the plans were all accurate.

The project got underway during the start of the COVID-19 pandemic. As many people learned, along with COVID came massive construction material shortages. Thankfully, our existing supply-chain management system allowed us to pre-order the materials needed for this project- which meant that it has continued on schedule and on budget.

Michael, the point of contact with the HOA, said that they are ‘very happy’ with the work we’ve done thus far! They’re not alone- the neighboring HOA also took note of the quality of the work and Michael has since referred them to us for their projects.

Whether you’re in need of a small project like fence repair, or need a company that can tackle a large commercial project from start to finish, we can help.

Ready to get started? Join the over 10,000 happy customers who have had fences built by Ergeon. We specialize in fence installation and repair and hold a 4.6 average rating!

Get your project done by the experts